This country has great tourist attractions as far as beaches and views. The prices of food were very reasonable. My housing was great. The food here is different from what I'm used to but I adjusted well. I tried to cook as much as possible. As far as basketball goes I did not like it. The refereeing was horrible. They barely filmed the girls games which makes it hard to obtain film. The conditions in the gym were terrible. I found this country very racist, which surprises me because they're used to having tourists.

A player about Romania: 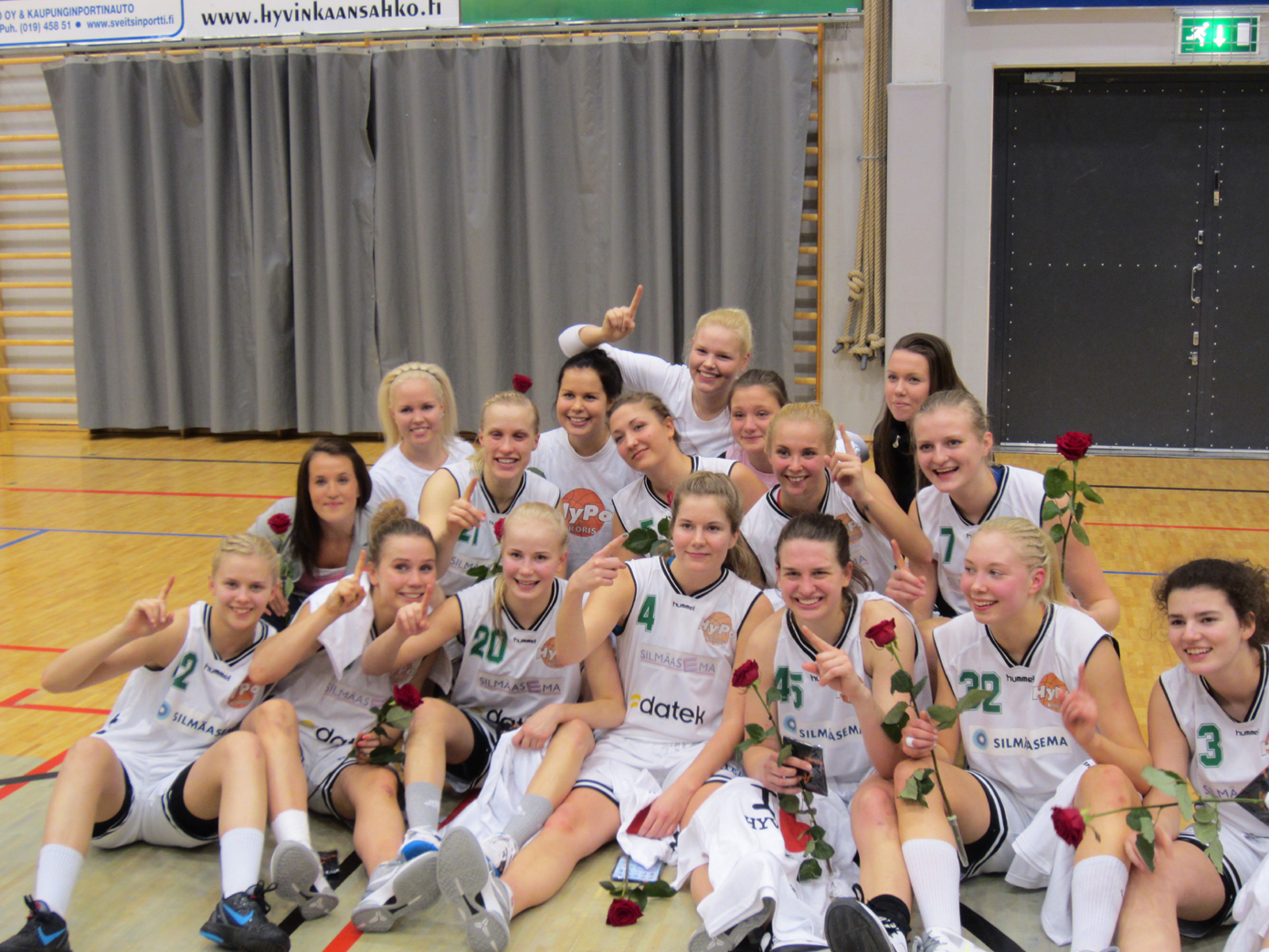 When I first started my overseas experience I was weary about how I would be able to adjust and cope with the new lifestyle.  However, it only took the first week for me to feel welcomed and comfortable in my new setting.  Even though I did not know anyone here, or how to go about every day tasks, I made instant friends with my teammates and coaches.  I am very satisfied with my decision to play overseas as I was not only able to continue to play competitive basketball, but I made new friends and had some great memories along the way.  I don't regret my decision to play overseas as the experience was a once in a lifetime opportunity.  I am very thankful to my agent Iska Waterloh for helping me along the way and my coach here in Finland.
Thanks again, seriously for everything!!!

Hi, I am Katie Snodgrass:
as far as Iceland goes, it had its plus and minuses. I really enjoyed my time there and the people were great. I felt like I could trust everyone in our club which isn't always the case. If I ever needed anything I never felt bad about asking or worried what they would say because they were also as helpful as they could be. Even though we lost in the first round so i went home March 22nd they went ahead and paid me for the full month, which was really nice and they didn't have to do that. They also paid and set up a reservation for me to stay in a hotel on my trip home because I had to stay overnight in boston, which was also really nice and I didn't expect it. As far as the level of play, I would say that it was between the 1st and 2nd div in Germany. The competition throughout the season was really good. Every team was very close to each other. I think we lost at least 7 games by less than 5 points and went into overtime 3 times. So every game was difficult and I had to bring my best game every game for us to have a chance to win which was much more fun than the 2nd div in Germany last year where we won most games by 20 or more points. Every team can only have 1 american and the quality of americans was really good. I might have been the only one who didn't play Div. 1 college basketball. The think that I was suprised about though was their rate of getting rid of foreign players and getting new players in. I've never seen a country, men's and women's teams that sent home so many players. Even though the level is not as high as the top league in germany they expect alot from their foreign players. They expect the player to come in and not only be a leader but also to score alot of points and get alot of rebounds. They were not satisfied with players who came in and only scored in the low teen numbers. So, as nice as everyone was they were a little bit cut throat when it came to the level they expect the foreign players to play. I enjoyed that responsiblity though and I think that I played one of my best seasons. I was really consistent and I was able to play at a high level every game.,

So overall I really liked Iceland. The bad part about there was that I was the only foreigner on my team and all of my teammates where either in school or had a job so I spent ALOT of time by myself. So in that sense I liked Germany better because I always had someone to hang out with during the day, someone to go to the gym with and workout with. And also you feel so isolated in iceland because you really can't go anywhere when you have an off weekend. It's so small and far away from everyone. But it was neat because I got to know all the other foreigners that where playing in Iceland and we hung out when our schedules allowed us to.

I would recommend Iceland but you would have to send players that are ok with being a little bit isolated and are mature enough to handle the responsibility of carrying the team in almost all areas of the game. You can't be a role player. Hope this helps and let me know if you need anything else from me. Thanks

My name is Morgan Robertson. I am from the United States and graduated from LaSalle University (Philadelphia, PA) in May 2010. Upon the conclusion of my last season of basketball at LaSalle, I was undecided on whether or not I wanted to pursue basketball professionally. It was not until the end of July 2010 that I decided I wanted to play basketball, I then began contacting any and every agency I could find information on. Slammers Agency was recommended to me from a fellow LaSalle Explorer who had played professionally with the help of Iska. Even with it being late in the summer, Iska was quick to help and offer her agency to represent me. Signing with Slammers Agency was the best decision I have made for my basketball career.  Iska had me signing a contract to play within a month of me contacting her. I would definitely recommend Slammers Agency to any player that is looking to extend their basketball career professionally. Iska is a hard worker and is always quick to respond to my questions/concerns. Iska and the Slammers Agency have a personal relationship with their players; whether it be following your season or answering your questions that may come up, Iska and her agency will continue to stay in contact with you throughout the season.

My name is Katarina Lackner, I am from the United States, and graduated from the University of Pennsylvania (NCAA Div I) in May 2009. I started my first season in Spain, Division II. The league is a good level of play, and we had one or two practices each day of the week. Everything is handled fairly professionally, except that we did not get paid on time. Many of the girls on my team left for this reason. We also did not have a full time trainer on staff.

I moved to Germany in November of my first season, to a Division I team. The league here is a very good level of play, and we have two practices a day during the week. Here things are handled very professionally. Payment is always on time, we have good healthcare coverage, and a full time trainer. Most of the team is made up of full- time professional players, which is not always the case elsewhere.

Iska was incredibly helpful during my transition from Spain to Germany. She explained everything about the team in Germany, and handled the paperwork very efficiently. I think the best part about the Slammers agency is the prompt and complete responses you get to any questions you might have. Iska works very hard for her players to make sure they get the best placement. Not just a contract, but also a good situation and a good fit for you.

Amanda Davidson about Germany 2006-2007 and 2007-2008   I am in my second season in Germany.  It is great.  It does take a lot of dedication and hard work, but it is all worth it.  You get to see the world and get to play basketball at the same time.  The league is very intense and there is a lot of good talent.  My first season overseas was hard, just being away from my family and friends.  After a few months though you get use to the routine and it is great.  I have never had any problems since being overseas.  The team, the coaches, the fans, and the basketball has been great.  Usually you get a lot of support around the club you play for and at the same time if you love to play you will have no problem with being overseas.  It is a great experience and if you have the opportunity it is worth it.  The biggest thing is to just keep fighting and never give less then 100% while you are on the court cause you are brought to make an impact.

Mireille Karangwa about Portugal 2006-07
well where I played, it´s  a smal city were everybody is nice. There is a nice mixt of young and old peopel. It close to one of the bigess city in portugal 1hrs by metro (Porto). Regarding the organisation they are verry nice, every payement was on time, they took care of me very well. But the healt care here is difrente then what I´m use to in Canada! Like physio. treatement?? Most of the girls in the team can speak english and the coach too!!! But learning the language made my life very much easier!!

Abby Schrader about Australia:
Im really enjoying myself here. Ball is great and there is such a great community involvement here that it made it easy to adjust. Plus it is alot more competitive which is really nice.